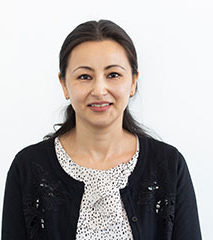 Dr Pooja Shrestha completed her MBBS degree in 2003 and completed Masters of Population Health (MPH) from University of Wollongong, NSW (2009). Dr Shrestha then started working in Royal Perth Hospital from 2010, where she did many medical and surgical terms such as general medicine, acute assessment unit, and urology. She has also worked in emergency in Kalgoorlie Regional Hospital for more than six months. Dr Shrestha then moved to King Edward Hospital in 2011 and worked in Neonatology, Gynaecology and Obstetrics and then continued working in Gynaecology and Obstetrics at Swan District Hospital until 2015.

Dr Shrestha has completed her Diploma in Obstetrics and Gynaecology with Royal Australian and New Zealand College of Obstetrics and Gynaecology (DRANZCOG) in 2015 and is certified as a GP Obstetrician. Dr Shrestha did her GP training with Western Australian General Practice Education Team (WAGPET) and completed her FRACGP in 2017. She has been working as a GP for more than three years now. Dr Shrestha’s special interests are in all areas of general practice, including women’s health, antenatal and postnatal care (obstetrics), paediatrics, and chronic disease management.